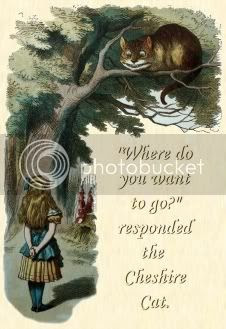 Astrology To Astronomy And The Gods In Between 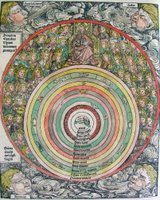 (or an incomplete timeline from superstition towards science)

Superstition is to religion what astrology is to astronomy—the mad daughter of a wise mother. These daughters have too long dominated the earth." Voltaire

Australian Culture (or the lack of it) 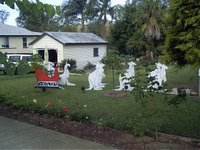 I took this picture a few years ago while I was on holiday. It is not my front yard but I thought I would include it here to show how cultures modify traditions or myths in order to suit their own cultural dynamic. Obviously the tradition of christmas and Santa Claus originates in the northern hemisphere and is part of a long history associated not only with christianity but paganistic seasonal traditions; (reindeers, snow, evergreen trees etc) and has been translocated to other nations in the southern hemisphere.

In Australia, the largest continent in the southern hemisphere, reindeers are not a native species. The herbivore which fills a similar role here is the kangaroo, which are colloquially known as "boomers". The name "boomers" relates to the booming noise that their large feet make as they jump and make contact with the dry earth. So a traditional Australian christmas song becomes "six white boomers" which describes the six kangaroos which pull Santa's sleigh.